In September 2019, Photoneo organized a meeting of its partners and dealers - Photoneo Partners & Distributors meeting 2019. Companies from all over the world attended the meeting. Colleagues from our branch in Jablonec received the award for the best 3D application of 2018.

ATEsystem won the competition with its application for precise 3D navigation of robotic arm with a burner for the purpose of brazing heat exchangers.

Description of the award-winning system

The aim of the project was to automate the heat exchanger production line, specifically the part where heat exchanger's joints were brazed manually before deploying the system. Manual brazing was labour-intensive and did not eliminate human error. The automation of the brazing process has resulted in cost and time savings, increased productivity as well as manufacturing accuracy and reliability.

The project was a challenge mainly because of high gloss of the joints being brazen and the variable shape of products of the same type. It was necessary to develop algorithms for individual filtering and discrete analysing the acquired 3D data instead of using commonly available conventional methods based on finding objects in the acquired data based on their 3D models.

The resulting solution is an automated station where the joints to be brazen are precisely located in a 3D space. The data on joint's position are transmitted to the brazing robot which carries the burner. The ATEcalib3D module was developed to calibrate the robot coordinate system and the scanner, and the ATEtalkUR module was developed to allow communication of the 3D locating program with the robot. Due to the instability of the burner shape, caused mainly by temperature changes, the application also includes an automatic calibration control of the burner-scanner system. 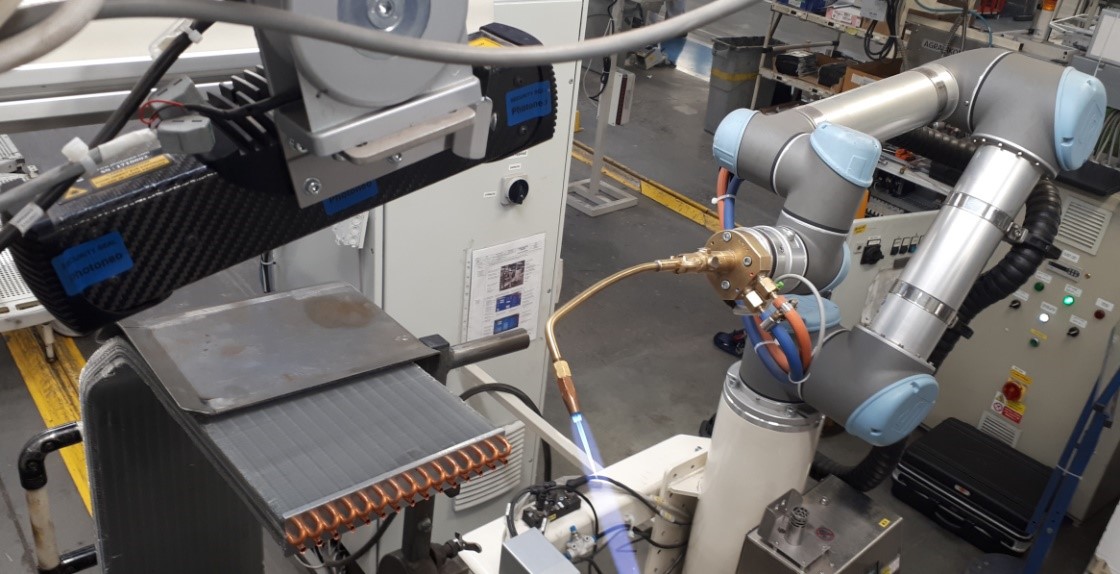